Just a short note on progress: LearningStone has been officially launched… no not fully but softly… it’s a soft launch! We are being used by our first client, the Training agency Driestar (thank you for your confidence!) and all is going well. Very well. We’re now looking for more training agencies so please get in touch if you want use LearningStone. It could be free!

Let’s do some adjectives: LearningStone is a private, secure, easy to use, cloud-based, instant, and flexible, beautifully designed… learning and communication tool for trainers and training agencies. More about that here: www.learningStone.com

The color of LearningStone is blue. It’s a purplish blue (actually the exact same color used in the background of Windows 8) but still blue. Why? Well… we will be serving training companies that we don’t want to out-design so we thought going for the most conservative color would solve that.

My working life has been defined by colors starting with a lighter IBM-style blue at the start of ICATT. The first thing my partner Hanneke van der Horst and I did when we officially launched the company (it had been a foundation at the University of Amsterdam) was to move to orange which – back in 1993 – was a pretty radical move. NO company used orange back then. As the years progressed, just about every online-agency thought it necessary to use orange for its house style, so by the time we needed a redesign of our house style we worked together with Visual Space and switched to bright red. When I then started Maximonster Interactive Things, I thought it fun to move to a dark purple (which had been considered together with orange before).

And now I’m back full circle! 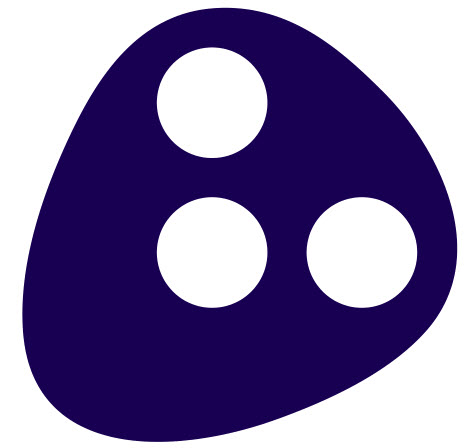